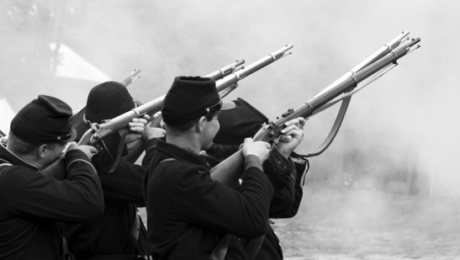 Union commanders were aware of the strategic value of this rolling farmland. The recently completed Western Maryland Railroad’s depot in Westminster meant much needed supplies could come in from Washington and Baltimore. The Union Army of the Potomac set up its rail head and supply base in Westminster where it remained during the course of the war. Supply lines were established and guarded; residents became accustomed to Union troops and supply wagons in and around their once peaceful town.

With Confederate troops converging from the north and west, Major General George G. Meade, Commander of the Army of the Potomac, developed a plan to protect Baltimore and Washington. If the Confederate Army moved south, the “Pipe Creek Plan” would create a defensive shield behind Pipe Creek, which flows west across Carroll County. Meade’s army began moving northeast from Frederick to position troops in the hills outside Manchester, as described in the Pipe Creek Plan. Though they didn’t know yet, these soldiers were marching on the roads to Gettysburg.

The second tour, “Gettysburg: Invasion and Retreat” is a much broader look at the June-July 1863 Campaign including surrounding counties. This map guides the visitor along the armies’ paths, stopping at 18 markers with illustrations, photos, and interesting stories about the impact of the War on local citizens and the day-to-day stories of soldiers who marched toward the epic Gettysburg battle. Follow the bugle trailblazer signs to the 18 wayside markers. Both maps can be picked up at the Carroll County Visitor Center or requested at the above link.

In addition to the two driving tours, the visitor may experience the Civil War through a self-guided walking tour, “Corbit’s Charge,” on the Main Street of downtown Westminster. This walking tour, written by Tom LeGore, provides the background of “a small, but extremely important cavalry skirmish which took place in Westminster on June 29, 1863. The clash on the edge of town between General J.E.B. Stuart’s cavalry and a small unit of the Delaware cavalry was a significant factor in slowing down the General’s march. Instead of proceeding into Pennsylvania to inform General Robert E. Lee about the major Union troop movements, Stuart’s cavalry was delayed long enough to make it advisable to spend the night in the Westminster area. Historians have often wondered whether the results of the Battle of Gettysburg might have been different, if Stuart had arrived before July 2nd.” The “Corbit’s Charge” walking tour brochure can be picked up at the Carroll County Visitor Center or requested at the above link. 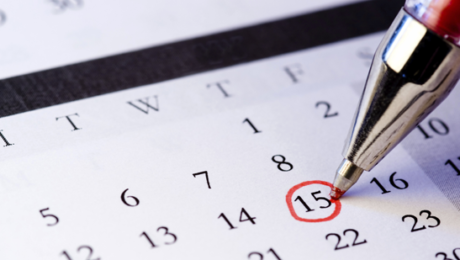 Stop by our Visitor Center to meet our friendly and knowledgeable staff who will be happy to plan a full-day or multiple-day trip for you. We have brochures for many sites in the county, along with some brochures for other counties in Maryland. Free Carroll County and Maryland maps are available.

The Americans with Disabilities Act applies to the Carroll County Government and its programs, services, activities, and facilities. Anyone requiring an auxiliary aid or service for effective communication or who has a complaint should contact Gina Valentine, The Americans with Disabilities Act Coordinator, 410.386.3800, 1.888.302.8978, MD Relay 7-1-1 / 1.800.735.2258 or email gvalentine@ccg.carr.org as soon as possible but no later than 72 hours before the scheduled event.