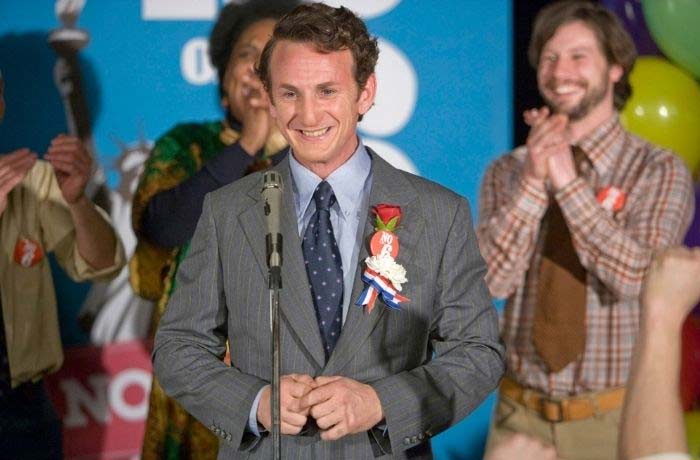 This biopic from director Gus van Sant traces Harvey Milk’s career from his 40th birthday to his death. Milk (Sean Penn) leaves the closet and New York, opens a camera shop that becomes the salon for San Francisco’s growing gay community, and organizes gays’ purchasing power to build political alliances. He runs for office with lover Scott Smith (James Franco) as his campaign manager. Victory finally comes on the same day Dan White (Josh Brolin) wins in the city’s conservative district. The rest of the film sketches Milk’s relationship with White and the 1978 fight against a statewide initiative to bar gays and their supporters from public school jobs.